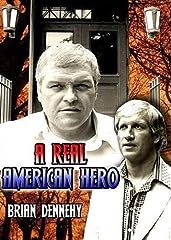 Brian Dennehey plays real-life Tennessee Sheriff Buford Pusser. One day he stops a car driving erratically, and is disgusted when he discovers that two of the teenage occupants are dead and two are permanently blinded because all four of them had drank locally-made moonshine. Buford decides to go on a one-man destructive rampage against the disco-owner and the moonshiner responsible for the teen's misfortunes. Buford also protects aging former prostitute Carrie Todd (North), who just wants to live a normal life in the small town after just being released from prison for murdering her pimp.