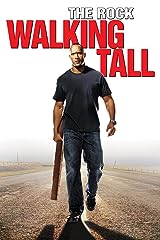 Dwayne "The Rock" Johnson stars in this action drama as Chris Vaughn, a soldier who returns to his hometown intending to work in the family sawmill - until he learns that his high school rival Jay (Neal McDonough) has shut down the lumberyard and now runs a casino and strip clubs where illegal drugs are sold. Disgusted at the rampant corruption and vice, Chris runs for sheriff and prepares to deliver an old school smackdown to the thugs soiling his beloved streets. Johnny Knoxville and Ashley Scott co-star in this remake of a 1973 cult classic.