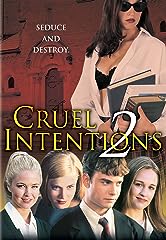 After his precocious behavior has gotten him bounced out of one more in a string of exclusive private schools, 16-year old Sebastian Valmont (Dunne) has arrived in New York City to live with his father and stepmother. The cunning and handsome Sebastian may have met his match, however in his equally manipulative and beautiful stepsister Kathryn Merteuil (Amy Adams). As Sebastian arrives for his first day at Manchester Prep, the exclusive school where Kathryn is student body president, he realizes that he'll have to do his best if he's to survive in the cutthroat world of the young and privileged.