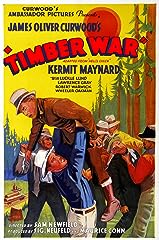 Jim Dolan (Maynard) is hired by a powerful lumber family to discover who is sabotaging their lumber mill. Jim decides to adopt the identity of the owner's never-seen weak-willed playboy son, Larry Keene, to infiltrate the mill and reduce suspicion. Jim discovers that the mill's manager is being paid by rival timber-baron Murdock (Oakman) to put the mill out of business, and he begins to find the evidence to oust the traitor. Meanwhile, Jim tries to help the real Larry Keen become braver and gain a backbone to go against Murdock and all the other competing mills who want to ruin his family. A plan is formed to catch the manager and Murdock in the act, leading to a thrilling, action-filled conclusion.