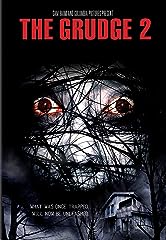 Acclaimed producers Sam Raimi, Rob Tapert and Taka Ichise have re-teamed with director Takashi Shimizu and screenwriter Stephen Susco to present this heart-stopping sequel to the smash-hit thriller, The Grudge. When Aubrey Davis (Amber Tamblyn, TV's "Joan of Arcadia") learns her sister Karen (Sarah Michelle Geller) has been hospitalized, she immediately flies to Tokyo. Once there, she learns her sister's horrifying story and discovers that the fatal supernatural curse has been unleashed. Now, as the grudge spreads across the world, a new host of unsuspecting victims are about to become infected by the force that can't be stopped -- and won't be killed.