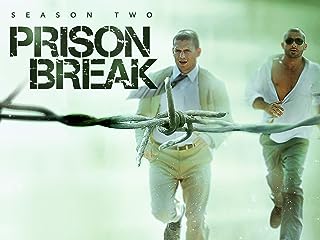 In the second season of Prison Break, Michael, Lincoln and six other inmates, including pickpocket Tweener and the mentally unstable Haywire, have ultimately escaped from Fox River. Once outside the prison walls, however, the escape truly begins as the convicts race for their lives while trying to avoid capture by the authorities. The pursuers are led by FBI agent Alexander Mahone, who is haunted by his own demons; vengeful prison guard Captain Brad Bellick, who, driven by his own personal vendetta, will also stop at nothing until the escapees are captured or killed; and Secret Service Agent Paul Kellerman, who, under President Reynolds? orders, will do anything to keep the truth about the conspiracy very much a secret.