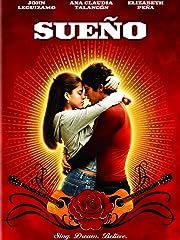 John Leguizamo, Elizabeth Peña and Ana Claudia Talancón star in this inspirational film about Antonio, a young man who gets the once in a lifetime chance to make his dreams of becoming a musician a reality. Antonio moves from Mexico to Los Angeles to pursue his dreams of sharing his music with the world. Just as he is about to give up after toiling at his uncle's fast food joint, his dreams become within reach when the "Chance of a Lifetime Mystery Musician Contest" comes to town. Along the way to making his dreams a reality, Antonio meets up with two beautiful women who also rediscover their passions.