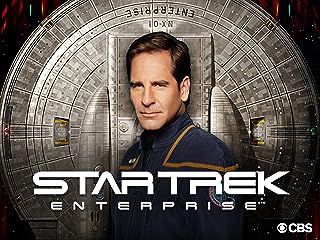 Growing increasingly impatient with the fledgling Starfleet's lack of progress, Captain Jonathan Archer, son of the warp engine pioneer Henry, seeks an excuse to assemble a crew and take the new starship Enterprise out into the heavens. When a Klingon pilot, pursued by mysterious aliens, crash-lands on a farm in Broken Bow, Oklahoma, Archer seizes his chance to initiate a mission to the stars. Initially an assignment to return an alien to his people, Archer's errand will become a much larger mission.