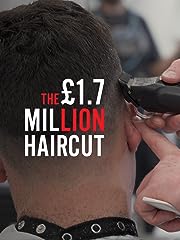 The 1.7 Million Pound Haircut is a documentary film like no other about suicide. Where a barber lost a friend, discovered a hidden injustice and started a global movement. This is a film about hope. Where barbers save lives, one haircut at a time. Presented by Tom Chapman and The Lions Barber Collective in association with Films by Wonder. Fighting for a world free from suicide